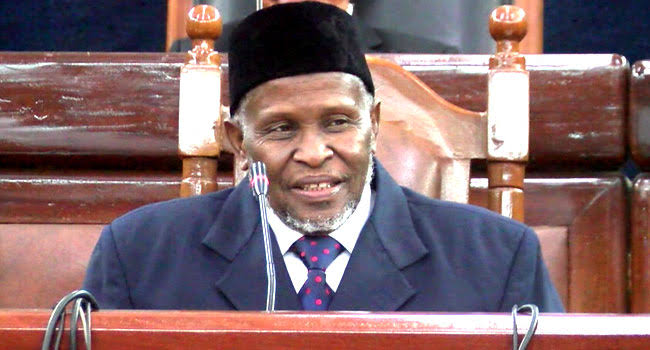 Judiciary Staff have been warned to desist leaking court judgements for pecuniary gains.

The Chief Justice of Nigeria, CJN, Justice Ibrahim Muhammad, gave this warning at the opening ceremony of a virtual national workshop for Secretaries, Protocol Officers and other administrative staff of the judiciary.

He implored Secretaries and administrative staff members of the judiciary across the federation to stay away from corrupt tendencies, vowing to wield the big stick against anyone found wanting.

The CJN said the judiciary would not tolerate indiscipline among any rank of its staff.

According to the CJN, “The theme for this year’s Workshop: ‘Promoting Discipline and Commitment Among Court Employees’, is appropriate; as it is premised on the fact that as Court Employees, they are expected to entrench discipline and exhibit high sense of commitment in the discharge of their duties.

Justice Muhammad added that the theme seeks to further enlighten judicial officers of the significant role they play in the administration of justice.

“In this regard, I must not fail to emphasize that your work involves interfacing with litigants seeking redress and judges who adjudicate on the matters; as such you must be circumspect in the discharge of your duties, as much is required of you.

“As Administrative staff of the judiciary, you are more effective when you are abreast with current developments in the area of your duties.

Consequently, the need to remain relevant and effective by moving with the tide of positive change cannot be overemphasized; every staff of the Judiciary must ensure that his best is given at all times.

“In addition, you must ensure proper management of court records, exhibits and avoid temptation of leaking judgements for any consideration that will compromise your duties and bring the Judiciary to disrepute”.

In his welcome address, the Administrator of the NJI, Justice Salisu Abdulahi, noted that Secretaries, Protocol Officers and other Administrative Officers of the Judiciary play active roles in the efficient running of the judicial system.

Justice Abdulahi explained that judicial officers are the first point of contact between the public and the Judiciary, thereby playing a pivotal role as the link between legal practitioners and the courts.

He emphasized that their roles in the administration of justice cannot be overemphasized, hence the need for capacity building.