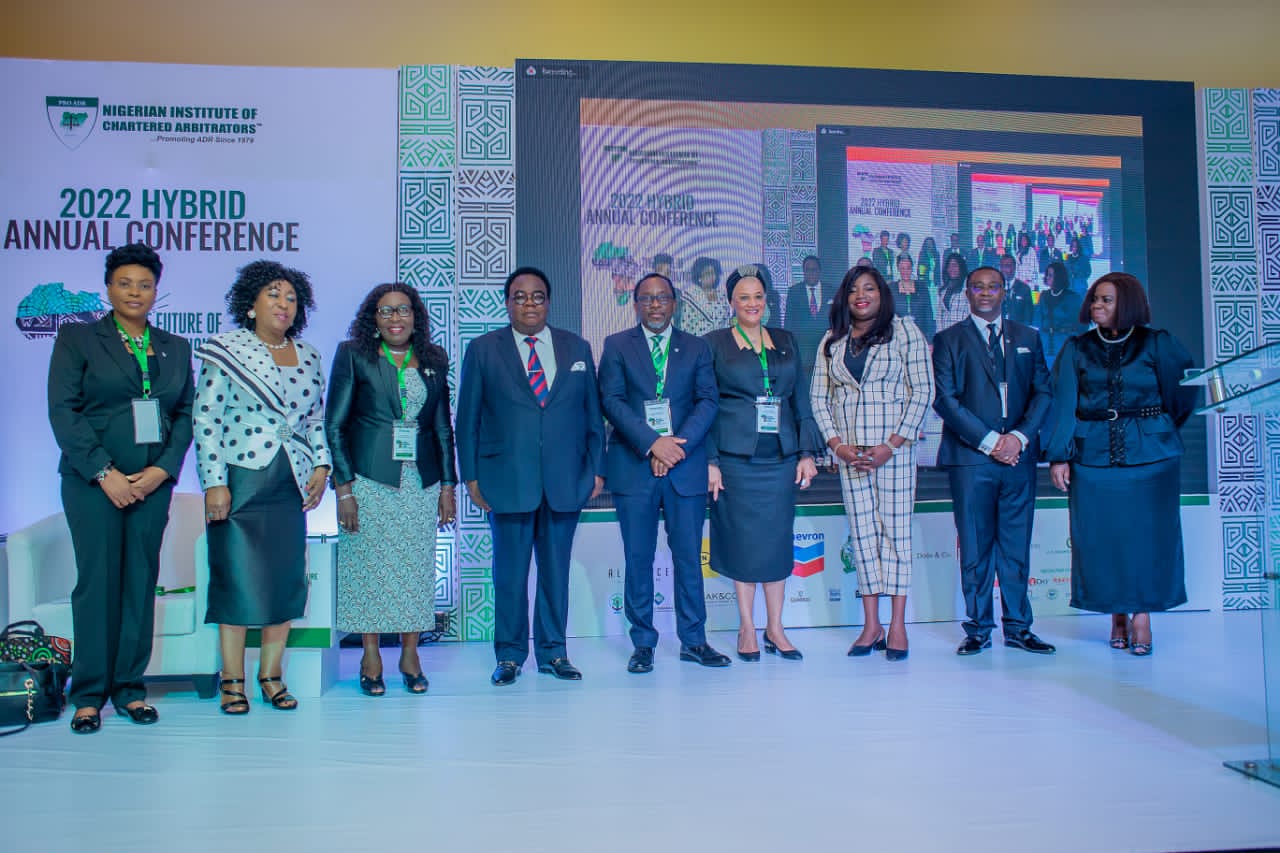 The Attorney-General of the Federation, AGF, Abubakar Malami, SAN, has called for the establishment of more arbitration institutions and inclusion of other forms of dispute resolution in schools curricular especially at the tertiary level.

Mr Malami made this call in a keynote address delivered at the 2022 Annual Conference of the Nigerian Institute of Chartered Arbitrators in Lagos.

Mr Malami, who was represented by a director in the ministry, Mr Larry Nwudu, and his deputy Motunrayo Odeditan, also urged legal practitioners to make Nigeria the seat of arbitration, especially where the subject matter of the dispute involved the country.

This, he said, will not only promote arbitration practice in Nigeria but also enhanced tourism and create a notable surge in foreign direct investment which would in turn boost the nation’s economy.

Malami promised that government on its part would ensure the growth of arbitration by encouraging autonomy of arbitration organization in a bid to make the country become an international arbitration centre.

Contributing, a Supreme Court Justice, Chima Nweze, stated that with the available arbitration laws and institutions in Africa, it was safe to conclude that Africa had achieved reasonable strides towards becoming an investment-friendly and resolution environment.

Justice Nweze, however, said that there is need for African governments to conscientiously drive infrastructural
development that provides safe and efficient cities.

In a remark, the President and Chairman of council, NICArb, Prof. Fabian Ajogwu, said it was commendable that the federal government had heeded the call by arbitration and ADR practitioners and the need to update arbitration laws.

He noted that the NICArb Annual Arbitration/ADR Conference has become a strong platform for practitioners to discuss prospects and resolve challenges of dispute resolution outside the courts.

The theme of the two-day conference was “The Future of Arbitration and ADR in Africa: Developments and Sustainability.” 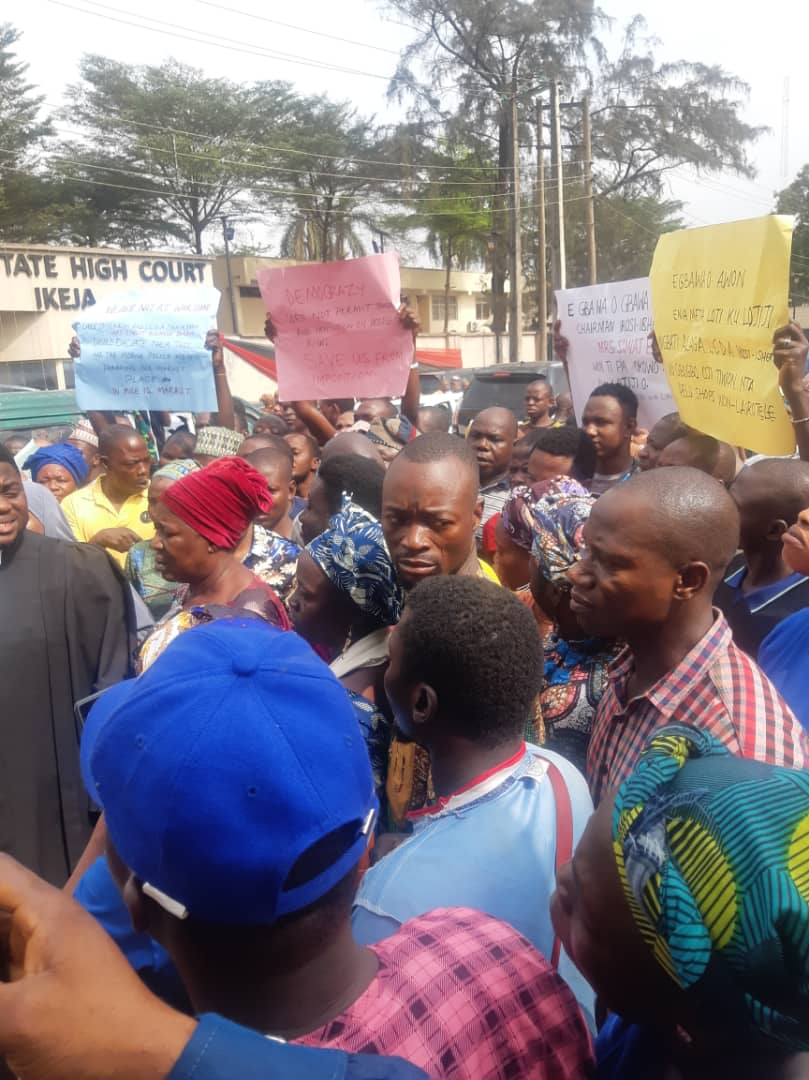 A Lagos High Court sitting in Ikeja, has warned the state government and others against their defiant to a valid court order stopping them from further action on demolition of 795 shops in Alaba section of Mile 12 market.

Justice Lateefat Atinuke Oluyemi had on January 11, 2023 ordered parties in the suit filed by the Incorporated Trustees of Orirere Commodity Leaders and Traders Association to maintain status quo ante, restraining respondents from further action on the land.

However, at the resumed hearing, Mr. Gbolahan Quadri informed the court that, despite the subsisting order, the respondents were still constructing on the land known has Alaba Section, Mile 12 Market, Ikosi-Isheri.

His submission made Justice Oluyemi give a very strong warnings to the respondents to desist from disobeying court order, while threatening to commit anyone who violates the courts order to prison.

A lawyer who appeared for respondent prayed the court to give them time to file necessary applications and their response to the suit.

The judge subsequently adjourned to March 30, 2023 to enable the defence to file necessary applications.

Meanwhile, the traders and owners of 795 demolished shops throngs court in hundreds, protesting against the Lagos State government and it’s agent alleged flouting an order of court restraining them from further demolition.

They alleged that three traders have died in less than one week, following the decision of the Lagos State Government to intensify demolition of the shops.

Speaking with the newsmen after the proceedings at the high court premises, the market leader, Yeye Modupe Ojo said three traders, Mujidat Suleiman, Adejoke Olawole and Ademola died as a result of shock, noted that the deceased children are with them in the struggle.

Ojo disclosed that, last year October 26, 2022, a notice of contravention was pasted, notifying them that the Lagos State Government will commenced demolition, two days after the notice.

She said they approached the court for justice when the Iyaloja General of Lagos State, Mrs. Iyabo Ojo refused to plead on their behalf but urged them to collect forms and make payment for the new structure.

“Now, am in court to seek justice for these poor people, despite the interim injunction, they are working there with over 200 thugs and policemen.”

She added that the traders want the govt to stop demolition. “We should sit on round table to talk and compensate our people. We welcome innovation, we don’t want war.”

Also speaking, a leader in the electronic section, Mr. Titus Ezeugo, a 70 year-old man, said the land was allocated to them by the Lagos State Government and that they developed the market with their personal money.

He said they have documents of allocation with receipt of payment, adding that the Lagos state government should tell them what type of structure they want now and they will restructure to that effect.

According to him, the market was not built by government but by private developers.

He said that since the market was built, the traders have been making payment to government and that some of those who collected loans have not been able to offset the loans.

Ezeugo further said the market was approved by the Lagos State Government. He said what will he and his family live on now that he is at retirement age and he is calling for justice. 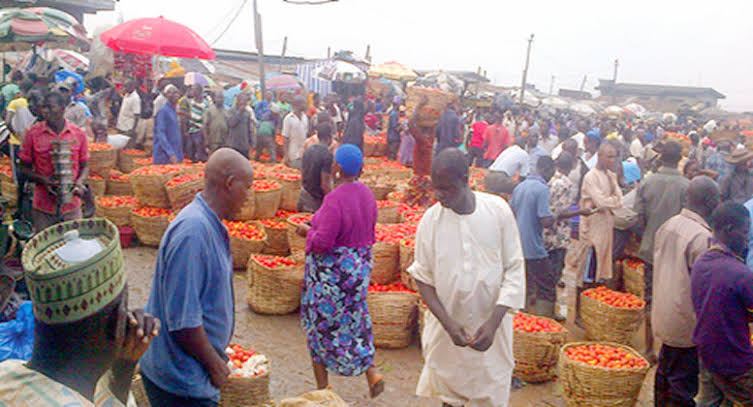 The Motion on Notice was initiated by the claimants/applicants namely; Incorporated Trustees of Orirere Community Leaders and Traders Association, Yeye Precious Modupe Ojo, Alhaji Akinwale Jimoh, and Babatunde Adetula (suing for themselves and on behalf of the traders from the Alaba section of Mile 12 market).

The court presided over by Justice (Mrs.) L.A.F Oluyemi also gave an order of interim injunction restraining the defendants/respondents by themselves, their agents, servants, privies, and/or any other person howsoever described from demolishing or forcefully taking over the land known as Alaba Section of Mile 12 Market, Kosofe, Lagos, pending the determination of the Motion on Notice.

Also given by the judge in the suit designated ID/6464GCMW/2022, and brought pursuant to Order 42 Rules 1 and 4 and Order 43 of the High Court of Lagos State (Civil Procedure) Rules, 2019, Section 1 of the Preemptive Remedies Section of the Practice Direction, No 2 of 2019, and under Section 34, Section 36 and Section 43 of the Constitution of the Federal Republic of Nigeria, is an order of interim injunction restraining the defendants/respondents by themselves, their agents, servants, privies, and/or any other person howsoever described from building on the land known as Alaba Section of Mile 12 Market, Kosofe Lagos, pending the determination of the Motion on Notice.

Justice Oluyemi on January 11, 2023, further made an order of interim injunction restraining the defendants/respondents by themselves, their agents, servants, privies, and/or any other person howsoever described from letting out the land known as Alaba Section of Mile 12 Market, Kosofe Lagos, pending the determination of the Motion on Notice.

Prior to the injunction order, It was learned that on the 18th of December 2022, the respondents continued with the demolition of the said Market, despite service of court processes and prior agreement by all parties in the office of the Commissioner of Police, Lagos State, held on 17th December 2022 to stay action till the Meeting fixed for the 19th December 2022.

On the 19th day of December, the second meeting was held. All parties who attended the previous meeting also attended this one.

However, In this meeting, Counsel to the applicant, M.G. QUADRI Esq of G.kolawole Quadri & Co was refused entry and chased out by Princess Samiat Abolanle Bada (The Chairman of the Ikosi-Isheri Local Council Development Area).

The Respondents orally promised the Applicants to begin some sort of resolution process and to stop the further destruction of the Market.

But despite the promises given, the destruction of properties and assault on helpless traders by heavily armed thugs has not stopped, it has only increased exponentially.

From the time the motion on Notice was filed up until now, more parts of the Alaba Section of the Mile 12 Market have been destroyed and demolished.

Traders have been forced away from their shops and thugs have been patrolling the area, assaulting anyone that comes close.

The matter has been adjourned to the 19th of January 2023.

Court Restrain UPDC Plc From Acting Over a Disputed Land

Justice Olufunke Sule-Amzat of a Lagos High Court sitting in Yaba has ordered a firm, UPDC Plc to maintain status quo in a suit filed against him by Oluwafemi Ayodele over the portion of the land area covered by the piles, along Bishop Aboyade Cole Street, Victoria Island, Lagos.

The court order of staying action on the land was sequel to an application filed before the court by claimant counsel, Mr. Gboyega Oyewole (SAN), asked the court for a restraining order on the land pending hearing and the determination of the suit.

The senior silk, Oyewole in an originating summons brought pursuant to section 272(1) of the 1999 Constitution of the Federal Republic of Nigeria (As amended) and under Order 5 Rule 5 of the High Court of Lagos State (Civil Procedure) Rules, 2019.

He prayed the court to determine whether the claimant is entitled to specific performance of the valid and subsisting contract between the and the defendant for the purchase of the parcel of land measuring 1000 Square Metres representing the portion of the entire land area covered by the piles, along Bishop Aboyade Cole Street, Victoria Island, Lagos.

He also prayed to the court for a declaration that the contract duly executed by the claimant and the defendant based on the offer letter dated 28″ September 202.2, 15 valid and subsisting having regard to the acceptance of same and payment of consideration.

While ruling on the application after Oyewole’s submission, Justice Sule- Amzat order the parties to maintain the status quo.

The judge said that she has listened to the learned silk, Oyewole (SAN) praying the Court for a preservative order to maintain status quo in order to forestall the dissipation of the res.

” I have taken cognizance of the fact that the preservation of the res would serve the better end of justice. I am also mindful that there is a need to hear the other side and prevent breakdown of law and order, parties in this suit are hereby ordered to maintain status quo pending the hearing and determination of this suit.”

She also ordered that hearing notice to issue, copy of same and affidavit of service of same be put in the court file before the next adjourned date.

The judge subsequently adjourned the case to February 7, 2023 for further proceedings.