The Chief Judge of Lagos State, Justice Kazeem Alogba has appealed to the state government to urgently look into the reconstruction of the Igbosere High Court which was burnt in the wake of the violence which trailed the Endsars protests

Justice Alogba made the appeal after a minute reflection in a sober mood during his vote of thanks to mark the opening of the 2022/2023 Legal Year of the Lagos State Judiciary at the Lagos Central Mosque, Lagos Island.

He lamented the destruction of the Igbosere High Court noting that it was a monumental edifice that must be revived.

The Chief judge reiterated that the best way for the judiciary to continue to effectively discharge its duty is when it is devoid of state and public interference in adjudicating justice delivery.

Responding to plea from the Chief Judge, the Deputy Governor of the state, Dr Obafemi Hamzat explained that a Trust Fund had been set up to rebuild public structures destroyed during the violent protest.

According to Dr Hamzat, the reconstruction of the Igbosere High Court Complex will be the first to be rebuilt with the Fund.

In a remark, the Bashorun Musulumi of Lagos, Alh Sikiru Alabi-Macfoy called on the State Chief Judge to revive Prison visits to address overpopulation as the number of awaiting trial inmates far outnumbered convicted inmates.

Delivering a lecture, an Islamic Scholar, Dr. Ishaq Sanusi advised Judges and Magistrates to bring back justice to the country to achieve political and economic stability.

He explained that if justice is restored in the country, inequality and insecurity would be dealt with and the economy would improve for the better.

On his part, the Bishop of the Diocese of the Lagos West, Anglican Communion, the Reverend Olusola Odedeji urged the Lagos State Judiciary to uphold truth and Justice at all time.

Dr Odedeji who made the call in his sermon at a church service at the Cathedral Church of Christ Marina, Lagos, urged all the judges and Magistrates to use their positions and tenures in service to God and to humanity, bearing in mind that their positions were not accidental but providential.

An Ikeja Special Offences Court, has remanded a former member of the National Union of Food, Beverage and Tobacco Employees (NUFBTE), Peter Onoja, in a correctional centre for allegedly stealing the sum of N72.5 million from the union.

Onoja is facing a six-count charge bordering on stealing, contrary to Section 287 of the Criminal Laws of Lagos State, 2011.

Justice Mojisola Dada ordered that the defendant be remanded in any correctional facility of his choice pending the filing and hearing of his bail application.

Subsequently the judge adjourned the case until Jan. 24 for the commencement of trial and hearing of bail application.

You May Like To Read: Nigeria Politician Pleads Guilty of $350,763 Wire Fraud In United States

The Economic and Financial Crimes Commission, EFCC, counsel, Mrs Anita Imo, alleged that the defendant fraudulently converted the sum of N72.5million, property of NUFBTE to his personal use.

Imo told the court that the defendant committed the offences between February 2015 and August 2020 in Lagos.

The defendant, however, pleaded not guilty to the charges.

Following his not guilty plea, the prosecution urged the court to remand the defendant in a correctional centre pending the commencement of trial.

“In view of the not guilty plea of the defendant, we shall be asking for a trial date and we urge the court that the defendant be remanded, my lord’’, the prosecutor said.

He, however, prayed to the court that two dates be granted in December for the defence counsel to file his bail application. Lagos State Sexual Offences and Domestic Violence Court sitting in Ikeja, has ordered the remand of a Medical Director of of Optimal Cancer Care Foundation, Dr Femi Olaleye, in Ikoyi Correctional Centre pending the fulfillment of his bail conditions.

Dr. Olaleye was charged before the court with a two-count charge of defilement and sexual assault by penetration of his 16 year-old wife’s niece.

He, however, pleaded not guilty to the charge when it was read to him.

His lead counsel, Mr Babatunde Ogala, (SAN), while moving his bail application dated Nov. 24 and filed on 25, prayed to the court to grant the defendant bail on liberal terms.

Mr. Ogala argued that the defendant had cancer patients who looked up to him for his service and would not be productive if remanded in prison.

He  also urged the court to use its discretion to grant the defendant bail adding that he appeared voluntarily in court after he had been served.

The prosecution team, led by the Director of the Public Prosecution (DPP,) Dr. Babajide Martins, in his counter affidavit dated Nov. 28, argued that the nature of the charge was serious enough  because it attracted life imprisonment.

Justice Ramon Oshodi admitted the defendant to fifty million naira bail with two sureties in like sum, following the adoption of bail application by defense and counter affidavits by prosecution.

You May Also Like To Read: Police Arraigns Estranged Lover For Allegedly Kidnapping Ex-girlfriend

The judge ruled that the sureties must have landed properties in Lagos and the original documents of the properties must be submitted to the chief registrar of the court.

He also said that the defendant must submit his British, Nigerian and other international passports in his possession to the chief registrar of the court.

The judge further ordered the court audile to verify the residential addresses of the sureties.

Subsequently, the matter was adjourned till December 19, for commencement of trial. 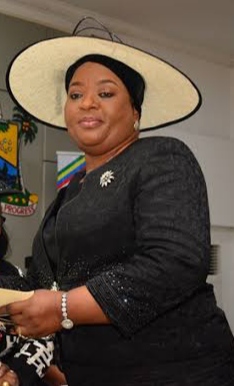 Leading and prominent figures in the legal circle across the country have continued to pay glowing tributes to Justice Sherifat Solebo, a Senior Lagos State High Court Judge, who retired after 20years of meritorious judicial service to the state and the county at large.

The tribute session, which was part of events marking her retirement from service at Ikeja, Lagos, was led by the State Chief Judge, Justice Kazeem Alogba, followed by the State Attorney-General, Moyosore Onigbanjo, SAN; Senior Advocates of Nigeria, SANs; members of the Nigerian Bar Association, as well as Senior Court Officials and traditional rulers.

In his tribute, Justice Alogba said on behalf of the state government he was pleased to join his accolade to the many tributes of his colleagues, while acknowledging, Justice Solebo’s many achievements.

The Chief Judge noted that Justice Solebo had dealt with and had ruled on many difficult and complex cases in areas of law, including, criminal law, land disputes, family and child’s care actions, as well as constitutional law.

On his part, the State Attorney-General, Moyosore Onigbanjo, SAN, described the journey of Justice Solebo, as depicting what can be achieved with perseverance, dedication and faith in God.

The SAN emphasised that Justice Solebo being a Muslim has been forthright and fearless in discharging her duties as a Judge, knowing fully well that all her deeds on earth would be accounted for before the Almighty Allah.

Also contributing, the Coordinator, West African Regional Center for Law and Religious Studies, Faculty of Law, University of Lagos, Unilag, Prof Akin Ibidapo-Obe, noted that the Judge unheralded intellectual interventions on various fora such as the Nigerian Bar Association, NBA; the Universities, the Civil Society Organization has made her leadership reputation as an incisive.

Delivering a sermon at the event, an Islamic scholar and legal practitioner, Basheer Shittu enjoined all faithfuls to make gratitudes the fulcrum of their supplications to increase their blessings from Allah as well as admittance to Jannat Adnin.

She went into private practice under the tutelage of Kunle Tuyo Esq. before joining the Lagos State Judiciary as a Magistrate in 1999 and rose through the ranks to the position of the Chief Magistrate/Deputy Chief Registrar (Special Duties) before her appointment as a Judge in 2017.

ln 2002, Hon. Justice Sherifat Solebo was appointed into the UNICEF Advocacy Group and was appointed as a Local Land Expert by the World Bank from 2008 to 2009. She was the Coroner for Mushin District between 2012 and 2014 and served as a member of the Local Government Election Petitions Tribunal in 2012.

She had over the years been trained by UNICEF on Children’s Rights and Protection and by other similar organisations like National Conference on Juvenile Justice In Las Vegas, where she is also a member.

She is a member of the Chartered Institute of Mediators and Conciliators, and an active member of the Lagos State Domestic and Sexual Violence Response Agency. She was a member of various committees, such as, (i) the 2019 High Court of Lagos state (Civil Procedure Rules) Review Committee; (ii) the Probate Review Committee; and (iii) the Administration of Criminal Justice Law of Lagos State Review Committee. Additionally, up until 2021, she has contributed to the World Bank’s research on ‘Doing Business in Nigeria’ with a particular focus on the business environment in Lagos State. She worked with Prof. Carolyn Hamilton on the 2019 Family Court (Civil Procedure) Rules.

Hon. Justice Solebo has amassed over 20years experience in presiding over Civil, Criminal, Land and Family disputes in Court.