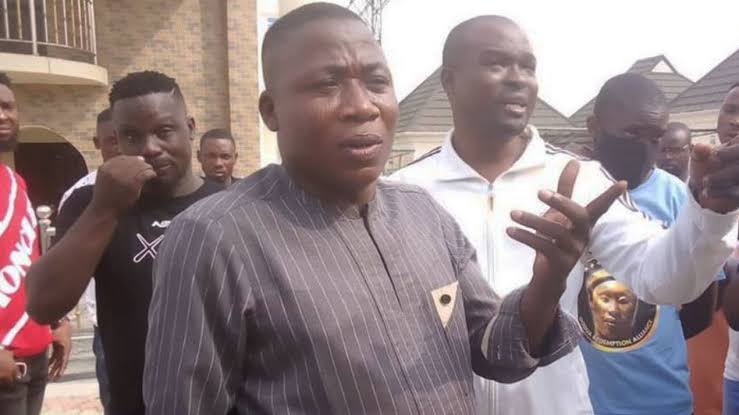 The Department of State Service has bow to pressure as it produced the 12 detained aides of Sunday Adeyemo, popularly known as Sunday Igboho, before the Federal High Court Abuja.

Recall that Justice Obiora Egwuatu had ordered the DSS to produce all the Igboho aides to enable the court inquire into the circumstances surrounding their arrest.

On Monday, when the Igboho aides were brought to court, four out of the 12 were absent.

The 12 detained aides were said to have been arrested in Igboho’s house on July 1 and had approached the court challenging their arrest and continued detention.

Meanwhile, the court has granted the aides bail while ordering that they should remain in DSS Custody pending perfection if their bail.

In a related development, an Oyo State High Court sitting in Ibadan has granted an order restraining the Attorney General of the Federation(AGF) Abubakar Malami (SAN), Department of State Security Service (DSS), and its Oyo State director from arresting or harassing Sunday Igboho.

The court, which is presided over by Justice Ladiran Akintola, also restrained the respondents from blocking Igboho’s bank accounts.

The order followed an ex-parte motion filed and moved by his lawyer Chief Yomi Aliu (SAN) at the mentioning of the substantive suit seeking a declaration of invasion of his house as illegal on Wednesday.

The DSS personnel had invaded Igboho’s Ibadan residence on July 1, killing two persons and arresting 12 others who are facing trial in Abuja.

The embattled Yoruba nation campaigner wants the court to declare the invasion of his house illegal, saying it was an infringement on his fundamental human rights.

The suit, which is an originating motion, is also seeking N500 billion damages for the invasion.

The ex-parte motion, dated July 22, was filed pursuant to Order 4, Rules 3,4, and 6 of the fundamental rights (enforcement procedure) Rules 2009.

None of the three respondents was either in attendance or represented in court.