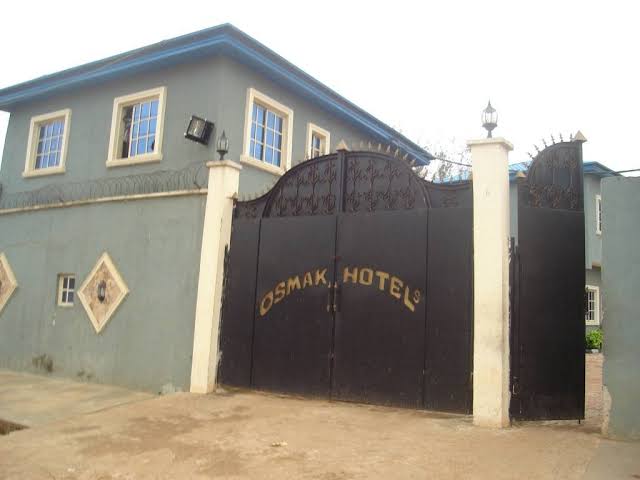 A teenager rape victim has narrated before an Ikeja Sexual Offences and Domestic Violence Court how she was kidnapped and raped inside Osmak Hotel, Mushin, by a traditional healer who was to treat her ailing father.

The 17-year-old made the revelations while testifying as the first prosecution witness at the trial of Prince Tom over two-counts of defilement and kidnapping.

The Osmak Hotel was said to have belong to a serving State Assembly members representing Mushin, Hon Nureni Ayinde Akinsanya.

The teenager while being led in evidence by the state prosecutor, Mr Peter Owolabani said that she was a 15-year-old senior secondary school student when Tom had come to her home on Dec. 10, 2019 with a member of her family’s church.

The witness said that the defendant had requested for N25,000 as part of the fee to heal her father of a stroke and that her mother had told her to follow him to a Point of Sale (POS) to withdraw the funds.

She said that they went to various POS to make withdrawals but were unsuccessful because operators had insufficient funds.

The teenager said that in their search for funds, her and the defendant took a commercial motorcycle from her neighbourhood in Bariga to Ilupeju.

“When we got to Ilupeju, my mother called him on the phone and I heard him tell her that she is my sister, I cannot do anything to her ma.

“He approached a commercial tricycle park and informed the drivers that we are siblings who just came to Lagos from the village and and asked for a hotel around the area.

“I had exhausted my transport fare, I am always staying at home, my parents don’t allow me go out, so upon hearing him asking for a hotel, I told him I wanted to go back home.

“He said that he is seeing something in the spiritual realm that if we go back home my father will die. He said we should do it for my father and follow him to the hotel to do the necessary things,” she said.

The witness said that they went to Osmak Hotel in Mushin and he paid for a room and she refused to follow him to the hotel room but the defendant persuaded her to follow him so that they can pray for her father’s healing.

“In the room he was praying in God’s name and he brought out a black oil and said that in the next five minutes, your father is going to get up from his sick bed and walk.

“After five minutes, he said okay it is done, let us enjoy ourselves but I insisted that we should go home. He asked if I was stupid and told me to lie on the bed.

“I refused and the next thing I felt was a gun pointed at my head. I started shouting and he held my neck removed my trousers and forcefully had sex with me.

“I went to the bathroom afterwards and was crying and he said I should not tell my mother what happened and asked if I had eaten, I said I had not eaten since 4pm and the time was 8pm,” she said.

The witness said they went downstairs and the hotel manager noticed the bloodstains on her clothes and wanted to speak to her but the defendant refused and sent her back to the room.

She said the defendant came back to the hotel room and that she was unable to sleep. She said he fell asleep and he left the room key on the bed.

“I took the key, opened the door, went outside and locked him inside. I went to the receptionist, she gave me her phone and I called my mother but it was our pastor who answered the phone.

“I explained everything that happened and gave him my address.

“I saw the hotel manager and explained what happened and he told me that he noticed the bloodstains that’s why he wanted to speak to me.

“The manager told the staff not to let the defendant out of the hotel room and they called the police who came to pick him up. This was about 2am in the morning,” she said.

You May Also Like: DNA Saga: Court Ordered Test For Ronke Odusanya’s Daughter

While being cross-examined by the defence counsel Mr Kelechi Obi, the teenager said that though she in always lived in Lagos, she never went out.

She said that Tom met her family for the first time that day and her mother was not aware that she was taken to a hotel by the defendant.

She said her mother trusted him to run the errand with her daughter because he came with a church member.

She said that during the period she was abducted, her mother sent N10,000 in two tranches of N5,000 to Tom to hire a taxi for her to return home but he used the funds to buy food and pay for the hotel room.

The teenager’s mother (name withheld) in her testimony said that she went into a panic five minutes after the defendant left with her daughter.

“I came to my senses and I ran to the bus stop to search for them. I called him on the phone and he told me that my daughter is at Ketu and I should pay N100,000 for her release.

“I called my pastor and I told him to tell the church member who brought him to produce my daughter. The defendant will flash me and when I call back he will be demanding N100,000 for her release.

“He later said I should pay N5,000 to him to put my daughter in a taxi and I did so twice. I went to the Bariga Police Station to make a statement.

“At 2am the next day my pastor called me that he had heard from my daughter that she’s at Mushin and we went to the Mushin Police Station.

“When I saw her, I noticed the blood all over her body and I cried because she has never known a man before. This man had sex with her,” the mother said.

Mr Elijah Udoh, the pastor to the family testified as the third prosecution witness. In his testimony, Udoh corroborated the claims of the teenager and her mother.

Justice Abiola Soladoye adjourned the case until July 21 for continuation of trial.