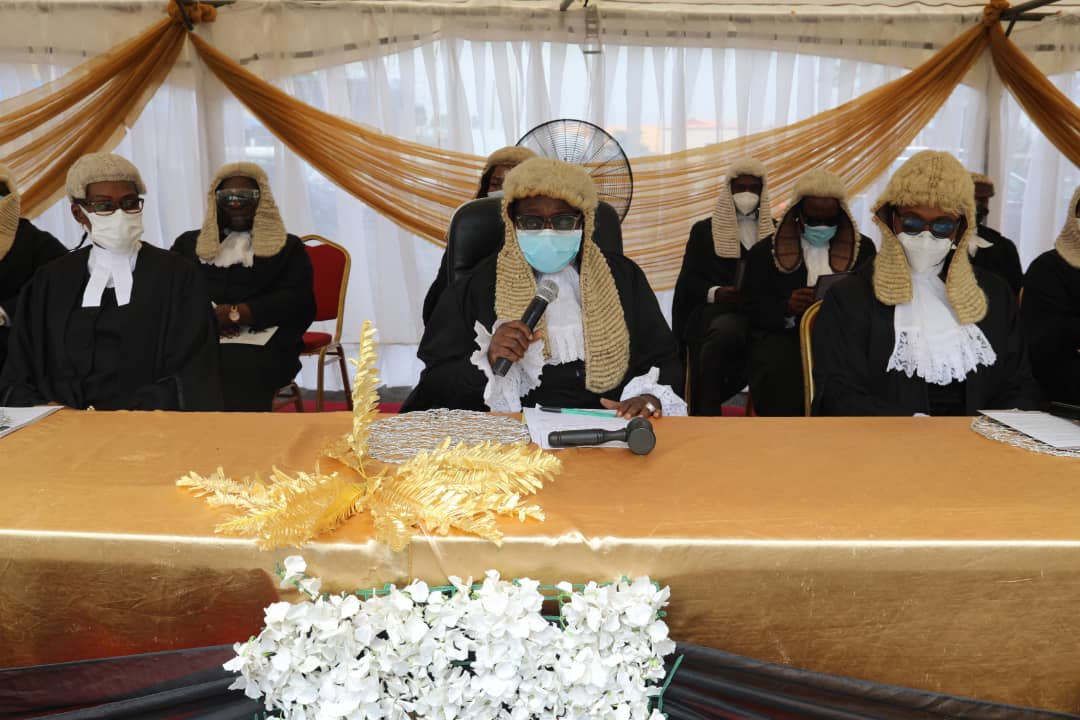 It was a day of glowing tribute, as the Lagos State High Court, sitting in Ikeja, held a valedictory court session in honour of late Chief Babatunde Benson, SAN, who died on 24th of June, 2021 in Ikorodu area of the State.

Chief Babatunde Benson died at the age of 89years in his residence, after serving the nation and the judicial sector meritoriously for 68 years.

Chief Benson was conferred with the rank of Senior Advocate of Nigeria in recognition of his contributions to the development of law and nation building in 1983.

In his valedictory speech in honour of the late jurist, the Chief Judge of the State, Justice Kazeem Alogba described him as a gentleman per excellence and an accomplished Jurist.

He said his service as a lawyer is eloquent testimony to the fact that he left a legacy of excellence of service marked with courage discipline, integrity and great industry.

Justice Alogba said late Chief Benson, whom he served under his chamber, discharged the duties of his office creditably.

On his part, the Attorney General of the State, Moyosore Onigbanjo, SAN, said Chief Benson was a super active bar man whose integrity and brilliance earned him the respect of his peers throughout the length and breadth of the country.

According to the AG, Chief Benson lived a life of committed service to the legal profession in diverse capacities.

Similarly, the President of the Nigerian Bar Association, NBA, Paul Usoro, who described him as an Icon move a motion to note that the late legal luminary is a leading light to Nigerian lawyers whose way of life can be learned from.

In the same vein, the body of Senior Advocate of Nigeria, represented by Chief Tunji Ayanlaja, said the late jurist would be remembered for having mentored the bulk of the Senior Lawyers in the country.

“we are consoled in the fact that by his contribution to the dispensation of Justice in this state, he has no doubt left his foot prints on the sands of time. He has come, he has fought and he has left the baton and the stage for us to carry on,” he added.

Chief Babatunde Benson was the first and only legal practitioner to serve as General Secretary and President of the Nigerian Bar Association, NBA.

He was the first Chairman of the Socio-Cultural and Development Group, Ikorodu and until his demise, the Chairman of Lagos State Lagoon movement.

Chief Babatunde Benson will be buried this Friday.

SFU Opens Trial Of Syndicate who Theft N.9Billion From FCMB