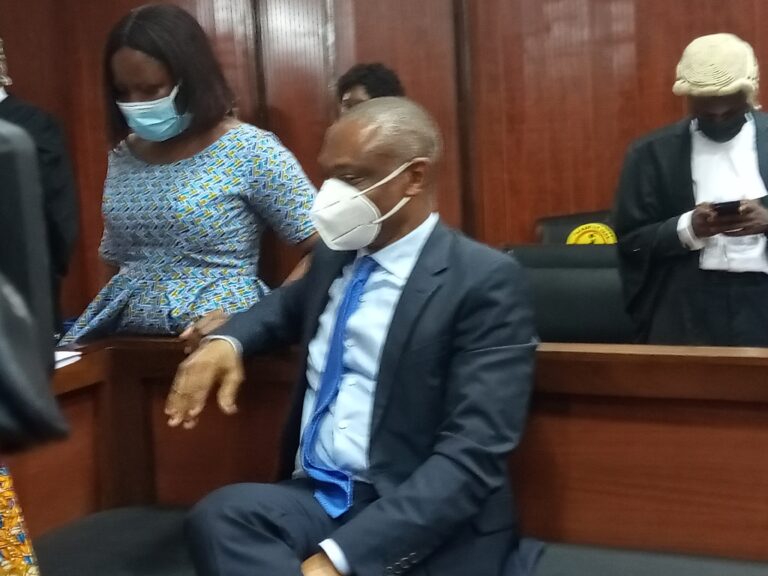 She sentence Anyanwu to four years imprisonment on each count charge consecutively.

They were convicted for 21 out 27 counts charges.

The judge however discharged and acquitted Atuche’s wife noting that the prosecution failed to prove conspiracy allegations levelled against her in the charges.

The judge noted that Atuche abused his position of trust by stealing from the bank.

“By stealing from the bank, they stole from innocent customers.

“I hereby make an Order of restitution against the first and third defendants to refund the sums stated in counts one to 11, 14 and 24.

“The sums are to paid to the relevant agencies that recovered funds on behalf of the bank.

Justine Okunnu said Atuche and Anyanwu were able to defraud Bank PHB of billions of Naira using well recognised stock brokers to transfer money belonging to the bank under the guise of loans and shares.

“It was a well planned, well executed scheme but the bubble burst when the Central Bank of Nigeria (CBN) intervened” she noted.

The judge also noted that a large volume of documentary evidence was produced by parties in the case.

She said documents such as bank records, emails and the statements of key actors in the case played a key role in securing the conviction of the defendants.

The commission in the charge sheet which was read to the former bank executives alleged that they committed the offence between November 2007 and September 2008.

EFCC alleged that the accused persons sold 241, 579, 284 units of Afribank shares, a joint property of Caverton Helicopters Ltd, and Bank PHB Plc and converted the proceeds for their personal use.

The three accused persons were alleged to have fraudulently converted some of the stolen money into loans to Congipar Nig. Ltd and using same for their personal use.

In the charge against Atuche’s wife Elizabeth, she was alleged to have stolen N8.5 billion belonging to the bank between November, 2007 and April, 2008.

The EFCC alleged that Mrs Atuche fraudulently converted the proceeds of several loans for the acquisition of 337,500,000 and 168,750,000 units of Bank PHB shares on behalf of Ghazali Yakubu Investment Limited and AFCO Associates Limited.

The accused persons pleaded not guilty to all the charges. 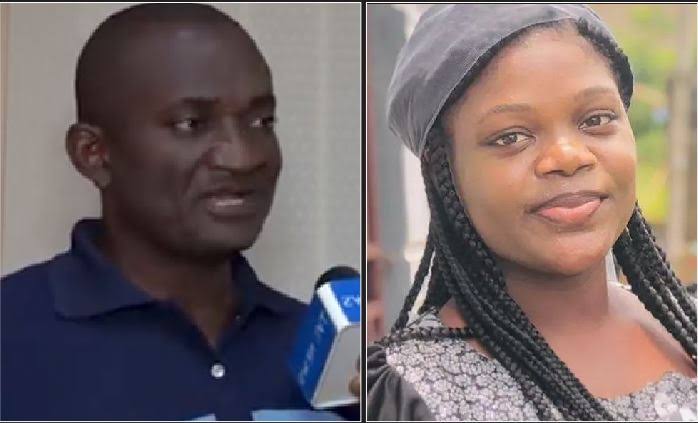 The trial of the driver of Bus Rapid Transit, BRT, Andrew Nice Ominnikoron who allegedly raped and murdered a 22-year-old passenger, Oluwabamise Ayanwole, suffers set back due to the absence of his lawyer.

At the resumed hearing of the case, at the Lagos State High Court, in Tafawa Balewa Square, the court was informed by the Director of Public Prosecution, DPP, Dr Babajide Martins that the defendant’s counsel Abayomi Omotubora was not in court.

On the last adjourned date, on July 7, 2022, Justice Sherifat Sonaike had ordered the defendant to get himself another lawyer to represent him.

The Judge suggested that the defendant should avail himself of a lawyer on the next adjourned date and adjourned the case to September 28, for continuation of trial.

The Judge noted that If the defendant is unable to avail himself a lawyer on the next adjourned date, she would direct that the Legal Aid Council should take up his case.

Omotubora has been absent from court for six consecutive times, but on June 30, the court ordered that the junior counsel from his chamber should conduct his defence.

Ominnikoron is facing a five-count charge bordering on rape, conspiracy, felony, sexual assault, and murder preferred against him by the Lagos state government.

The prosecution said that the defendant had sexual intercourse with Oluwabamise Ayanwole, without her consent and murdered her.

According to the prosecution, the offences committed are contrary to and punishable under Sections 411,223,260 and 165 of the criminal law of Lagos State 2015.

However, the 47-year-old defendant pleaded not guilty to the charge preferred against him.

The matter was further adjourned till tomorrow for continuation of trial. 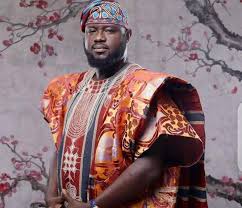 Abidemi Rufai, the suspended aide of the Ogun State Governor, Dapo Abiodun, has been sentenced to five years imprisonment for wire fraud and aggravated identity theft.

A statement by the United States Attorney’s Office, Western District of Washington, confirmed the development.

The statement said that Rufai, “A 45-year-old resident of Lekki, Nigeria, was sentenced today in U.S. District Court in Tacoma to five years in prison for wire fraud and aggravated identity theft for his attempt to steal nearly $2.4m from the United States government, including approximately $500,000 in pandemic-related unemployment benefits, announced U.S. Attorney Nick Brown.”

Until his arrest, Rufai was a Special Assistant to the Ogun State Governor.

The statement, however, said he admitted a long history of using stolen identities to defraud U.S. disaster programs, including aid for Hurricanes Harvey and Irma, and file fraudulent U.S. tax returns.

At the sentencing hearing, U.S. District Judge, Benjamin Settle, said the motivation was greed, unrestrained greed, and callousness towards those who have suffered.

According to U.S. Attorney Nick Brown, Mr. Rufai was relentless in his scheme to use the stolen identities of Americans for fraud.

“But when disaster struck, so did Mr. Rufai. Whether it was hurricane disaster relief, small business loans, or COVID unemployment benefits, he stole aid that should have gone to disaster victims in the United States,” Brown said.

“The U.S. Attorney’s Office and their law enforcement partners did exceptional work bringing this defendant to justice. The Department will continue to pursue fraudsters who abused these programs and seek to recover their ill-gotten gains, whether they are in the United States or overseas.”

According to records filed in the case, since 2017, Rufai stole the personal identifying information of more than 20,000 Americans to submit more than $2m in claims for federally funded disaster relief benefits and fraudulent tax returns.

“The Employment Security Department deeply appreciates the tireless efforts of the Department of Justice, federal agencies and law enforcement in this matter.

“We always stand ready to hold those accountable who steal public funds and we appreciate the partnership in catching and prosecuting this individual,” the Commissioner for the Employment Security Department, Cami Feek, said in the statement. 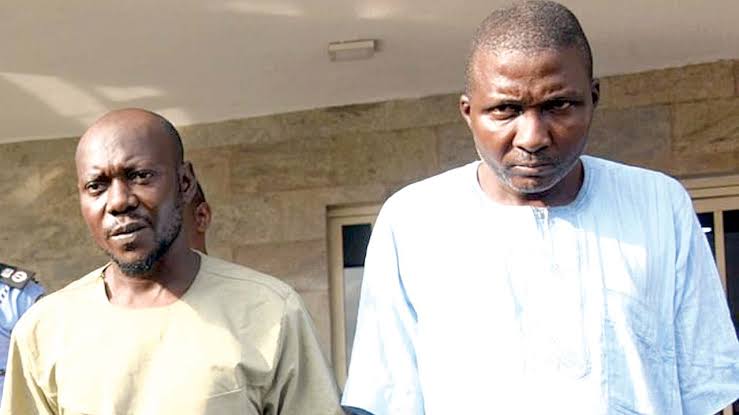 A Lagos State High Court, sitting in Ikeja has sentenced the dethroned Baale of Shangisha in Magodo, Mutiu Ogundare, to fifteen years imprisonment for faking his own kidnap.

The court had on June 15 discharged and acquitted the third defendant, Ogundare’s wife, Abolanle that she had no link to the offences.

Justice Hakeem Oshodi had on June 15 convicted Ogundare alongside and brother Opeyemi Mohammed on a three-count charge, bordering on conspiracy and fake kidnapping.

“I have considered the allocutus of the defence counsels. However, it is in the view of this court that the defendants showed no remorse during the trial.

Click To Also Read: Suspected Thug Arraign In Court Over Free-For-All in Ebute-Metta

“In fact, the first defendant tried to buy his way out of the court. A lesson has to be thought to serve as a deterrent to others.

“The sentencing shall run concurrently from the day they had been arrested,” Oshodi said.

Mr Olarewaju Ajanaku who represented the first defence counsel, Dr. Muniz Banire, in his allocutus on June 15 prayed the court to temper Justice with mercy.

Ajanaku had prayed to the court that the convict had turned a new leaf and he did not think through his action when he committed the offences.

The second defence counsel, Dr. Olayinka Owoeye, also in his allocutus had prayed the court to temper justice with mercy adding that the convict had learnt his lessons.

The state prosecutor, Mr Jubril Kareem, however, urged the court to apply the provisions of law to sentence the convict.